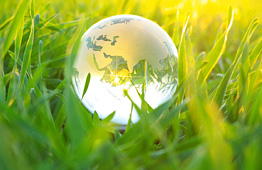 Air is injected with the turbine, as dissolved oxygen, oxygenating the frac water.
Details

Aerobic microbes explode in population with the presence of oxygen.
Details

The microbes begin consuming all of the organics as a food source. Metals are oxidized and fall out.

The end results are very clear. The above image shows the results after only seven hours of frac tank aeration.
Details

May 15, 2013
FracCure is now producing green friendly biocide for down hole frac water
Neutral Anolyte Biocide is a potent non-chemical biocide. It is made through the electro-chemical activation of water.
read more

FracCure has been selected for the 2015 Austin Awards for Drilling Water Intake Wells. 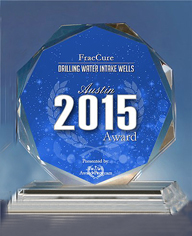 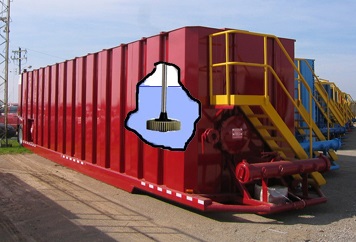 FracCure has the only Aerator that can efficiently aerate portable frac tanks.